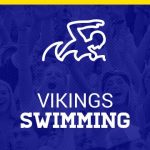 For the first time in 18 years, the Omaha Public Schools’ swim teams all gathered for a district-only swim meet, held at Burke High on Saturday, January 2.   And like their predecessors did five times between 1995 and 2001 during the previous version of the “OPS Invite,” the Vikings’ boys swimmers won the team title

Thanks to placing a pair of individuals in the Top 4 of two events, and two strong relay teams placing second, the Vikings girls swim team finished 2nd of 7 teams at the Benson SwimVite on Saturday, December 4. Lauren Sitzman earned her first two state secondary cuts of the season with a win in 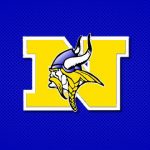 The month of February had an extra day this year, but despite some personal records during preliminaries on Friday, February 28, the Vikings did not extend their season to the finals on February 29 at the Bob Devaney Sports Center in Lincoln.  Regardless, the Vikings’ state team members had additions to and movement up the

The Nebraska School Activity Association on Wednesday released event heat and lane assignments for the NSAA Swimming and Diving Championships to be held next week.  Seven Omaha North High swimmers earned entry into individual events to compete in the preliminaries on Friday, February 29, at Bob Devaney Sports Center.  Each event is limited to 32

Last year the Viking boys’ 200 Medley Relay bested a 20-year old school record with their performance at the state championships.  Despite losing the 2nd-fastest sprinter in school history when Liam Murray graduated last spring, this year’s Vikings improved last year’s record time by over one second with a preliminary time of 1:43.40, then on

The Vikings’ swimmers broke three meet records at the Brownell Talbot/Concordia/Mercy/Roncalli Invitational on Saturday, February 1.   The boys’ Medley Relay and 200 Freestyle relay teams set meet records in winning both events on their way to winning the team event for the second year in a row. Sophomore Ben Mills won the boys’ 500 Freestyle

The Vikings swim team competed at the 38th annual Lewis Central Invitational on Saturday, January 23, among the 320 total swimmers from 11 boys’ teams from Nebraska and Iowa and 7 girls’ teams from Nebraska. Many Vikings posted career best times in individual events.  Junior Richard Throckmorton earned a secondary state cut for the first