To get to Omaha North High Magnet School:

Keep right at the fork to follow US 75 North 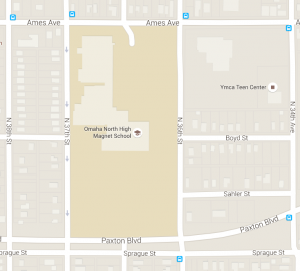